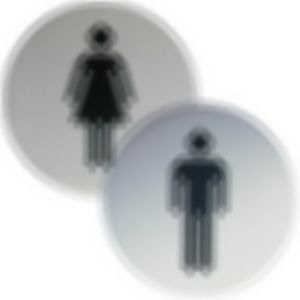 Thanks to Halden for this quote:

“My father and mother have abandoned me (Psalm 26:10). The psalmist has made himself a little child in relation to God. He has made God both his father and his mother. God is our father because he created us, because he calls us, gives orders and rules us; he is our mother because he cherishes us, nourishes us, feeds us with milk, and holds us in his arms” _Saint Augustine (Exposition 2 of Psalm 26, par. 18).

I once got into trouble because I told a student that God was not a "man" and that the Bible uses both feminine and masculine imagery to describe the God who created, sustains, and redeems the world. Example? consider the parable of the woman who lost her coin in Luke 15:8-18. And consider Isaiah 42: 14 where it says, "I have been quiet and held myself back. But now, like a woman in childbirth, I cry out, I gasp and pant." Those are just two of many examples where feminine imagery is employed to describe God. It's also worthy to mention, although the issue may be too convoluted for me to hang an argument on this, that Jesus is sometimes described with similar language as that used to describe "wisdom" in Proverbs--almost as though the author wants us to think of Jesus as wisdom herself--where wisdom is quite consistently personified as a woman (compare Colossians 1:15 with Proverbs 8:22-23). It's interesting that conservatives who respect and revere Augustine would stand in such strong disagreement with him on this topic.

The truth is that God transcends our language and thus he busts down all walls we try to put around him (it's ok to point out that it's ironic for me to call God a "he"). We are made in the image of God, male and female, and thus God's image is reflected in both male and female. Therefore the church should and must stop conditioning women into inferiority. The church should and must trash all the bigotry and sexism that has been passed down to us and trade it in for God's beautiful and inclusive gospel in which there is now no male nor female (Gal 3:28) and in which we are all one in Christ Jesus who reconciles the world.
Posted by wellis68 at 9/23/2009 06:19:00 PM

I have never had a problem with embracing the femininity of God's persona. I am particularly fond of string of scripture that personifying God as wisdom; utilizing the feminine tenses. I think scripture is clear that God is impervious to gender.

I refer to him in my thoughts and prayer using masculine term (Him), though as is the tradition of scripture.

Thus said, while men and women are equal, we are not impervious to gender. Besides in rare occasions, we are born with distinct Gender. I do believe that God, aware that we are not like the Creator and are constrained by the unique qualities of our gender (physical and emotional/hormonal) allows different roles to be emphasized and/or Gender unique. i.e., I am so glad that God gave women, and women alone, the unique role of child bearing. The way my wife deals with the physical and emotional changes that accompany this miracle make me aware that an aspect of femininity makes her more suitable than I for this role.