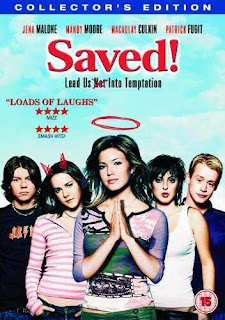 Every month I send out a newsletter to the parents of our youth ministry. I use Group Publishing's newsletter where they write the articles and leave space for me to edit them and to add my own article. This month's newsletter focused on the topic of profanity... something I don't usually focus on very much. Here's the article I wrote for the newsletter:

Our language reflects the respect we have for others. The words we use, whether or not we personally believe them to be profane, can reveal either considerateness or lack thereof. That’s what must be emphasized in the discussion about profanity and language. There are no words that God preordained from the beginning of time as “profanity.” Language changes and adapts according to cultural shifts. Culture decides which words are appropriate or inappropriate; therefore there are times when profanity can be quite subjective. What I might consider to be casual and normal for conversation, another might take as offensive and highly inappropriate. I’m sure we can all think of some words we use pretty regularly (and have no problem with) that we still would think twice about using in front of Grandma. Whether or not our words are appropriate depend almost completely on our social circles and who happens to be around. This is why we should emphasize respect; because we understand that it’s not about what I think of the words I use, it’s about whether or not I am being respectful to them. Emphasizing respect places emphasis on community and on thinking about how we treat other people rather than thinking of it solely as an internal sin. This way we as Christians might also keep ourselves from becoming judgmental. Remembering that words only have as much power as we give them, we can also remember that just because a person uses certain words which we might consider inappropriate doesn’t mean we should look down on them and think highly of ourselves because we don’t use those words. When it comes to language, Christians often create their own subculture, defined by self-righteousness and judgment, because they arrogantly condemn the use of certain words, imposing their own cultural standards upon others claiming them as God’s standards (see the movie Saved, Brian Dannelly 2004… it’s got great social commentary on Christian subculture). If we remember that it’s not the words themselves which matter most but the way our words are received, remembering that God cares more about the heart behind the words than about language itself, we can be free from being so judgmental. We don’t have to disguise our own cultural tastes as God’s opinion on the matter and yet we can still focus on and refine the way we talk to and about others. We need to find honest ways of talking to kids about their language, mentoring them in ways of speaking honestly and respectfully.

Emphasizing respect rather than overemphasizing particular words is a more holistic approach to talking with kids about language. What’s ironic is that even though Christians, especially Christian teenagers, get caught up in their own subculture, caught up in the frenzy of judging bad words from all other words, they often miss the big picture and they miss what’s really important. While profanity joins their top ten sins list, the real problems when it comes to language tend to slip through the cracks. Gossip and slander have infiltrated the church where profanity has not and we think almost nothing of it. Even if we don’t use curse words, our language can be harmful, disrespectful, and even damaging to community and relationships. Gossip and slander can tear the church apart. It can take a community which should be one as Christ prayed that it would be and it can tear it and divide it as stories are told and sides are chosen. This happens all the time in youth group. One kid is on bad terms with another and all of a sudden the entire group is split over it and no profane words need to be used for that (seriously see Saved). When we talk to kids about language we must recognize that it’s not so much that God has called us not to say curse words, it’s that God has called us to live in community and to share in that community with mutual vision and mutual respect. When we show kids this holistic communal approach to thinking about their language, not only will there simply be no room for destructive language, they will also see and understand the big picture. The bottom line is that God has called us to love one another… if we say “yes” to that call then we have already said “no” to destructive talk.
Posted by wellis68 at 8/25/2009 04:54:00 PM