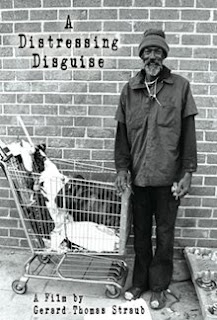 I haven't seen it yet (and to my knowledge it's just not on the internet) but The San Damiano Foundation, a group which exists to use video as a "medium to communicate Franciscan spirituality and concern for the poor, social justice, peace and nonviolence," has produced a new video called A Distressing Disguise. It is just a portion of a longer video that was made called Rescue Me, a "documentary film on the horrific plight of the poor and homeless of Skid Row in downtown Los Angeles and the heroic work of the Union Rescue Mission which offers them food, shelter and rehabilitation programs." Having seen skid row first hand and even having had the opportunity to meet and play with some of the kids who are residents there, I am quite excited whenever I hear folks giving attention to the suffering the people experience there.

A note from the director, Gerard Thomas Straub:


"While Rescue Me stands near the top of my personal favorites of the thirteen films produced to date by The San Damiano Foundation, I realize that its length was an obstacle for many people, and so I have long wanted to produce a highly condensed version of the film that would essentially consist of my personal reflections and some of the many memorable “street people” I came to love. It is my hope that A Distressing Disguise will give people a more accessible look into the tortured world of the homeless in America. We can no longer ignore the homeless. We need to rescue them…and in doing so we will also rescue ourselves from our prisons of selfishness and indifference."