Learning from Dayo: It Can't Be Done from a Distance 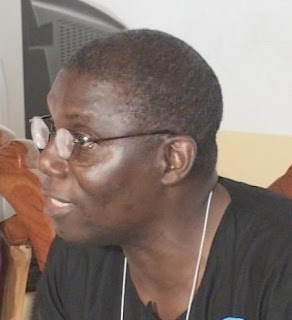 Last night Dayo Obaweya, a missionary from West Africa who works under Lifewind International (for West Africa CHE), came and spoke at our church. Our church has supported Dayo and his ministry for at least a couple of years now, and Dayo tries to come every once in a while to meet with the people who support him, spend time with them, and help them understand just what it is he's doing out there. He shared with us some of the struggles in West Africa and some of what CHE (Community, Health, and Evangelism) is doing.

One of the more unique aspects of his ministry, at least unique to West Africa, is that they are truly integrating the spiritual and the physical. In West Africa, it is common for missions to care for people's physical needs (usually through hand-outs) and for churches to care for people's spiritual needs, and neither has been effective on its' own. What Dayo is doing is meeting both of those needs, focusing on spiritual growth and solving poverty together, so much so that it becomes impossible to separate or differentiate the two. This approach is powerful simply because it cannot be done from a distance.

Spiritual growth without physical care leads to spiritual distance. Dayo explained that many of the churches in West Africa are filled with people who separate their day-to-day lives from their "Christian" lives. As Dayo said, "they think they can be Christian on Sunday and then be whoever they want every other day of the week." Therefore there is a distance that is created between the churches and the people in their pews... the church isn't part of everyday life because everyday life is about working and surviving, not "spirituality." What Dayo is doing is closing this gap. By helping them solve problems, organizing their communities, and working alongside the people at the same time as meeting spiritual needs, he opens up the gospel to become part of the everyday and the spiritual distance is lessened as people are brought together in the body of Christ. This kind of spiritual growth cannot be done from a distance, it means entering into community with the people you're there to help.

Physical care without spiritual growth leads to physical distance. Dayo is helping the people restore their homes and solve their problems on their own rather than waiting for someone else, like the government, to come along with a hand-out. This requires heavy involvement. It would be much easier to stand at a distance, write a check, and be on your way. But Dayo and CHE actually work not just to meet needs but to teach people how to meet their own needs. Coming alongside them and entering into community with them just as the disciples did when they were sent out (Mark 6:8-9), they seek to restore the people from the inside out. They seek to help them see that together, in the body of Christ, they can make a difference, and their hearts--their spiritual needs--are restored. By restoring hearts and not just bodies, CHE has seen that the results are lasting and contagious. Dayo told us a story about latrines. CHE has taught many people to build their own latrines and to maintain them themselves. But one day World Vision (also a really great ministry) came in and graciously built a beautifully painted and high quality latrine, much more glamorous than the ones the people were building for themselves. The people used it once and then left it alone returning to the ones they built themselves. When Dayo saw the latrine that World Vision had provided and how messy and abandoned it had become he asked a member of the community, "why does it smell so bad?" and the man simply replied, "they built it, let them clean it." Because it was given from a distance, because it was not given incarnationally, and because it was not built by the people themselves, they abandoned it for their own latrines. The kind of help that CHE provides is in the context of community, it cannot be done from a distance. By caring enough about spiritual needs to enter into incarnational community with the people, the physical gap is closed and mutuality which is much more valuable than charity is shared.

Giving to charity is one thing, in fact it's worth while to give money to organizations like CHE and Lifewind, but it's much more powerful and effective to actually get to know and to work alongside the people you wish to help. That kind of ministry--the kind which bridges the spiritual and physical--is vital to restoring West Africa. We're trained to trust our money but Dayo shows us that we can trust ourselves, our bodies, to meet the needs of the world if only we'll move toward the suffering instead of away from it. It can't be done from a distance.
Posted by wellis68 at 6/04/2009 11:59:00 AM