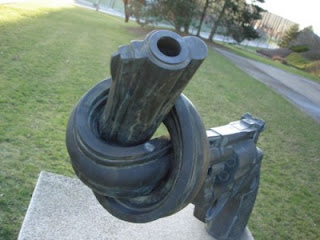 I've been called a pacifist... and yes, sometimes the title fits me, depending on what people mean by the term. If, by "pacifist", you mean someone who really just has fancy language for doing nothing at all, no, at least I hope that's not me. If you mean someone who stands idly by as others suffer and says, "just take it," that's definitely not me.

I believe in resistance. I believe in swift action. I believe in "violent" non-violence--revolution which calls for drastic change, not by means of war and violence which are exactly the patterns against which we must fight, but through defiant acts of self sacrifice. Often what is needed is swift action, a “violent” shift which can and must be brought about through non-violence. The cross should always be our example… what more climactic and “violent” event has ever taken place? It changed everything violently and drastically but not through the means of the systems of the world, i.e. war and violence, but through a resistive act of self sacrifice. Victory through martyrdom! Simultaneously, the greatest act of resistance and change in history was also the greatest act of love in history. If a pacifist is someone who puts up with their own and others' oppression, then Jesus was no pacifist. Just look to people like Martin Luther King and Mahatma Gandhi. Their resistance did not settle for the world as it was but aggressively pursued the world as it should be. Don't give in to violence but please don't be passive.

Wow, this is something that i am wrestling with. I am basically a man of non-violence. I am definently not a 'just war' person. But i tend to think that if force must be used to protect an innocent victim, then it must be used as a 'lesser evil.' I am currently caught up in the paradox of it all. I will have to check out this article! Thanks!

Kurt,
Thanks for the comment. I'm glad you're wrestling with this... it's something we all need to think about. It is indeed a paradox.