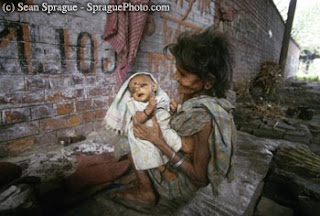 What does Christmas mean?

Christmas means anticipation, a reason for courage, for to us a savior is born... a savior in whom no measure of oppression or death can pose a threat and in whom we are given hope and strength enough to combat the pattern of sin and death. We can take up our crosses, leave Herod's flock, flip the bird to Caesar's star and find everything we've ever needed sleeping in a a small town wearing strips of cloth rather than in fine fabrics. We have, as Craig Keen once said, "freedom to become nothing" for we do not follow the star of Rome which asks that we pursue success and wealth and status. We have the freedom to dedicate ourselves to the least of these, to an impoverished child-king headed for a Roman cross born of a poor unwanted woman. We follow the good shepherd's star which leads not to Rome's fine pillars and wealth but to the least of these--Jesus lying in a manger. We turn from Rome and Herod toward a child.

With Christmas anticipation welling up inside of us we look to the coming of the lowly king, the day when status and conquest fall on their knees in worship of love's great gift. We foreshadow, we are a foretaste of, that day when every knee will bow to the crucified and not to those who crucify. For to us, THIS DAY, a savior is born. And so this day we are saved.

For God so loved the world that he refused to give up on it and he refused to give it up to the hands of the oppressor. He sent his son, someone from outside the pattern, to enter into the pattern of sin and death and to defeat it. That whoever might simply believe in Him rather than in the lies of corporate greed, military might, and collateral damage would not perish but have life that keeps on going in solidarity with the crucified and victorious son of the Almighty God.

This Christmas, may your heart be filled with the kind of anticipation which gives you the courage to forsake all else but Jesus Christ, the crucified son of God.
Posted by wellis68 at 12/23/2008 12:04:00 PM

I responded to you in a blog of my own. Ha!