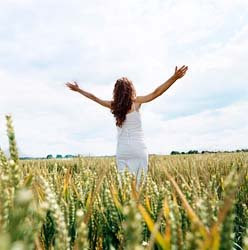 I recently heard a well known preacher discussing this passage with someone. He exclaimed that it was not his job to tell the culture what it wants to hear, rather it's his job to "be honest with the text" and explain the gospel as clearly as possible. He used this passage to call into question a woman's role as a leader, particularly what that would look like for Sarah Palin who could potentially be "a heart beat away" from holding what is arguably the highest leadership position in the world. He regarded any interpretation of this text which still maintains that women can, for example, have access to the pulpit as dishonest and about the business of conforming scripture with culture. For him it seems that if you come to the conclusion that women can preach or have authority over men then you have come to that conclusion by no other way than that of putting the desires of the culture above scriptural authority. But lets be honest with the text and read on...

"Husbands, love your wives, just as Christ loved the church and gave himself up for her to make her holy." _Ephesians 5:25-26a

In all honesty we must notice that Paul talks about Jesus without any explanation of who he is. The call here is that the man, the husband, is to treat the wife like Jesus treated the church, giving himself up for her. Well what does that mean? He doesn't tell us in these brief verses so we must look elsewhere for our context asking, "who is Jesus and how is the man supposed to be like him?"

Elsewhere in Paul's writing Jesus is described as someone who made nothing of himself, who made himself low (see Philippians 2:6-11) and became exalted to the highest place. Paul affirms the same sentiment in Ephesians exclaiming that through Jesus the church was lifted up, through his making himself as low or lower than the church, "What does 'he ascended' mean except that he also descended to the lower, earthly regions?" (v4:9). Jesus shared solidarity with the least among his people.

Since we believe that Paul's letters are actually part of a bigger canon, including the gospels (Matthew, Mark, Luke, and John) it is appropriate to look at the gospels for context as well. Who is Jesus? According to the Gospels, Jesus life is a demonstration of humility. If we look, for example, at what Jesus does in his last meal with the disciples. In this meal it would only make sense for Jesus to do something that would profoundly illustrate what his life has been all about up to this point and what does he do? He takes the lowest seat, puts the disciples--the church even--above himself by washing their feet. By being the lowest he was made the highest. Jesus whole life calls into question our normal conceptions about hierarchy and leadership. Jesus definition of "head" or "highest" is paradoxically not what we'd have assumed or would like to assume. This Jesus, who serves his broken body to the church, also said to his disciples "as the father has sent me, I am sending you" (John 20:21). This Jesus who died in the lowest of positions for his people, lifting them up, called them to be about his work and then he gave them the Holy Spirit to empower them to do that work. Jesus was the only one in a position to empower them toward that work.

Paul confirms the Gospels' radical declaration that we are to do Christ's work with God's empowerment saying that the Ephesians are to "Be imitators of God" (Ephesians 5:1). So this Jesus loves with the kind of love that not only saves but calls the church to live like him and empowers the church to do just that.

Now apply these conceptions to Ephesians 5. When Paul starts talking about men and women he comes out the gates saying, "Wives, submit to your husbands... For the husband is the head..." As we take with us into the text all of our various understandings of authority and "head"ship, Paul has us thinking one way, but then he turns it upside down. Paul compares the "head"ship of the husband over his wife with the "head"ship of Jesus over the church. Why is this turning it upside down? Because Jesus demonstrated "head"ship by washing his disciples feet, by sharing solidarity with his people, and by empowering them to do work that until then only he could do. Thus Paul, surely understanding the Chauvinism of his culture, calls the men to make themselves low and to empower their wives to a position that previously they could not reach--equality and authority. This is, at least, how Jesus did things. As the Father has sent men, so he sends women. The whole book of Ephesians is about breaking barriers between people and here in Ephesians 5 he breaks another one.It's also quite honest to note that even before verses 22-24, verse 21 says "Submit to one another." Paul calls into question the Ephesians' understanding of Wives' relationships with their husbands. He calls wives to be submissive (as I am sure they were having trouble doing in light of their new found freedom in the church) but he calls men to empower women to freedom worthy of the name "salvation." Thus being submissive to each other, men and women share in one body, the Body of Jesus Christ "for God shows no favoritism" (Romans 2:11).