Coming to the End and the Beginning 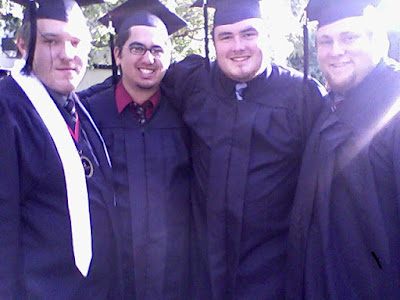 I have finished the final semester of my education in APU's undergraduate program. And even though I am going to be continuing my education, it is ever obvious to me that I am at the end of something profound. I usually like endings. Endings mean that I can get up from my seat, start a new book, move on to dessert, etc. When I finished High School I had a sense that I was finished, it was over and that was sad, but I was finished. I was o.k., back then, with being finished. But this ending, the ending of my Undergraduate Education, the ending of what might be my best years of life so far, the ending of my so-called "college experience," is an ending with which I never want to be finished .

The classes I have taken here in these past four years have shaped me and changed me. I have fallen more in love with God and have learned to love the Scriptures for what they say. I have become a learner as I never was before. I have learned to see through new eyes, redeemed and empowered eyes. I have become, yes, but I will never be finished becoming. This is an end with which I will never be finished.

These past few years I have been shaped by this place. 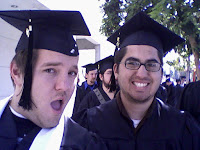 Not only have I learned how to see the world and how to interpret my experience, I have created friendships which have become part of my soul. And I do believe that bonds like these become a part of us. In a way, you are your friendships, you are those to whom you have opened yourself. When Jesus came, he opened himself through touch, he became his friends, he became "the least of these." When God saw how wonderful his creation was, after he had began creating, he saw that there was still something missing. He saw that aloneness was not good, "It's not good for man to be alone," He said. Man needs partnership. Man needs friends. We need each other. My need for companionship has been fulfilled these past few years. I have the greatest friends-- Ryan, Danny, and Jessie.

What God has created here in undoubtedly beautiful. But God is working on a New Creation. And 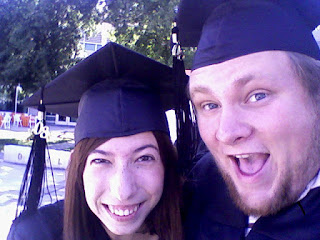 here I stand on the edge of that creation... between the creation which has already become a part of me, the creation which I have grown to love, and the one I have not yet seen. Just as Jesus knew that things were not going to be the same after the resurrection when he said to Mary, "do not keep holding on to me," I know and we know that in this new creation things are not going to be the same. In this future after graduation, as glorious as it may be, things are not going to be the same. I have cherished these relationships and they have become a part of me so that they will always be a part of me, but I cannot keep holding on. The future will be different. We will ever always be part of one another, we will ever always be friends, will will ever always have been here. But things will not be the same. This is an ending with which I never want to be finished. We will always be friends. This ending is a new beginning.

I thought that in my last blog post before finishing Undergrad, that I'd have something powerful 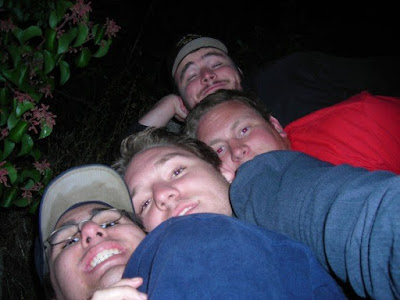 to say. But when I try to talk about the last four years, my words are choked by thick memories to which words may do no justice. These memories are so precious and such a part of me that it does no justice to call them "past." My memories are, as St. Augustine said, "the present past."
The only words which might threaten to suffice are "thank you" coupled with a softly spoken "please." Thank you for being there, please don't call this the end. I can do nothing if I cannot hope in the grace of God to sustain us. So as we step forward, we who are saturated in our histories together, may we pray for the grace of God, praying with the same breath that spoke creation and raised the crucified Son to life.
Posted by wellis68 at 5/03/2008 09:00:00 PM