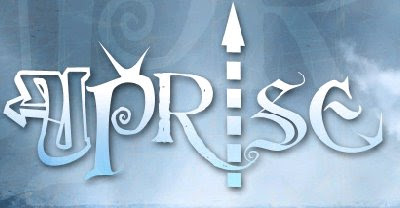 Last night was my last night at Uprise, the youth group I've been helping with (Covina Evangelical Free Church). It was a pretty emotional night for me. I've been working with this group for a couple of years and it has become such a very important part of who I am. Ty, the Youth Pastor, set aside time for the students to give us (Danny, Amanda, and me) cards that they had signed for us and to affirm us, I guess, in how we have affected and taught them over the time we've spent together. I was also allowed to give some sort of "final" thoughts.

I left them with the idea that the Kingdom of God offers us a lens through which to interpret and see the world. Through this lens we will see the New Creation that God has done and is doing in the world. Seeing changes everything... if we see, for example, the dominance of a particular political, social, or even racial power as being immanently dominant we will be coerced into a certain kind of obedience and conformity to it. But if we begin to see through the lens, the upside down lens, of the Kingdom of God we can do nothing but give ourselves away--sacrifice ourselves--to others. We are beaconed into participation with the work of New Creation in the world and thus to resistance to the powers of death (think martyrdom). My prayer for them is that God will give them eyes to see the world which will beacon and empower them to give themselves away to one another and to the world.
Posted by wellis68 at 4/30/2008 04:09:00 AM

Great thoughts! Those who paid attention are left with a strong foundation!