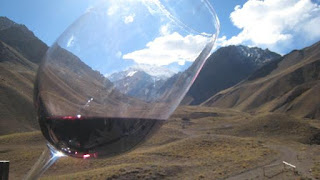 I wrote this paper for Dr. Hartley's Johannine Lit. course:

The symbolic quality of John 2:1-12, the narrative of the wedding at Cana, is deep and rich. Like other narratives found in the fourth gospel, the symbolism of Jesus’ actions are powerful regardless of the historical accuracy or inaccuracy. In this story the most profound truth is not found in the nature of the event but in the symbolism of the event. When compared to the truths conveyed in the symbolism of the text it’s just important whether or not Jesus can mess with physics. What we have in John 2 is “a miracle-story in which the miracle itself is unimportant and all the interest lies in the symbolical possibilities of the event.”1 For the author, the point of John 2:1-12 is not whether the events happened historically, but in the meaning drawn from symbolic references. More importantly than historicity, John 2:1-12 points forward toward the resurrection, backward toward the symbols of the Old Testament familiar to the Judaism Jesus encountered and the story ultimately points toward an eschatological promise fulfilled in the time and place of Jesus’ ministry through the work of his resurrection.

Understanding the symbolism of John’s narrative requires some grasp of the bigger picture in which the story is disclosed. John’s readers must have been at least familiar with Old Testament imagery in order for them to have understood some of Jesus’ metaphors and allusions (note, for example: his references to Moses and Abraham in John 1:17,45,3:14,5:45-46, 6:32, 7:19-24, 8:5, 33,37, 39-59 Jesus talks as though the listener is already familiar with the characters and stories about which he is speaking). Therefore we also must understand the basic historical context into which the story enters. So the story must be read with a Jewish hermeneutic, always keeping in mind the symbols and teachings of the Hebrew Scriptures, and the story must also understood as being written within a post-resurrection context to people who already had heard at least rumors of the resurrection of Jesus.

The first notable statement in the text which carries symbolic reference is John’s clarifying statement about the setting of the story—“On the third day.” For many, this automatically would have brought the resurrection (which happened on a third day) to mind.2 Others are skeptical that this reference should we understood in this way and they prefer simpler readings which don’t involve reading into the text quite so much.3 But it is still contestable that John is using some foreshadowing. John, being as meticulous as he is in his writing, would not have highlighted the setting of the story in passing—mentioning that the story takes place on the third day was no accident. From the very beginning of this miracle story the author is asking the reader to be on the lookout for resurrection symbolism throughout the rest of the passage. Unless there is other symbolic resurrection foreshadowing within the story, there is no reason to suggest that mentioning the third day means anything beyond the setting of the narrative. Fortunately, there are symbols of the resurrection. As we shall see, foreshadowing such as this seems to be evident in other passages in this story. The water changing into wine is a symbol of new life which has strong ties to resurrection (consider when Jesus breathed on the disciples in John 20:22 in relation to Genesis 2:7. This is a symbolic reference to new life within resurrection narrative).

Another symbol in the John 2 narrative is Jesus’ dialogue with his mother. “Woman, what concern is that to you and to me? My hour has not yet come.” (v.4). The hour of which he is speaking is the hour of his death and eventually resurrection when his glory will be shown more fully. Once again we have resurrection symbolism. And his reference to his mother as “woman” (not to be taken derogatorily) only shows up in one other passage in John’s gospel, 19:26, with Jesus on the cross. “The encounter between Jesus, the woman and the mother and the first appearance of the term ‘the hour’ are intimately linked with the scene at the cross.”4 Another possible connection could be seen in Jesus’ apparent disappearance from the action after the changing of the water into wine.5 Jesus’ quietly leaving may be, directly or indirectly, a reference to Jesus quietly leaving the action in the end of the book of John and/or Jesus leaving in the ascension (see vv. 14:18-19). It is also important to note that John’s explanation of the story as a revelation of “his glory” in v.11 happens in fullness in Jesus’ resurrection. According to The Anchor Bible commentary:

“for John the true glory of Jesus is revealed only in ‘the hour’ since VII 39 states clearly that during the ministry Jesus had not yet been glorified, we are to think of vs. 11 either as referring to a partial manifestation of glory or as being part of the capsulizing of the training of the disciples where their whole career, including their sight of the glory of the resurrected Jesus, is foreshadowed.6

Something else which is worthy of notation is that, within the text of John 2, Jesus never changes the water into wine. Now, of course we are to understand that Jesus is the cause of the change, but serious attention should be given to the fact that the text never explicitly says that Jesus changes water into wine. Rather, it says “they filled them up to the brim” in v.7 and “…they took it” in v.8. What is happening? Jesus is not changing water into wine, instead he is asking the servants to work and when they do what he says to do, miraculously, the water has become wine and the chief steward is pleased. This is a discussion of discipleship—doing what Jesus says to do and pleasing the true master, God.7

The deepest image in the narrative of the wedding at Cana is the image of the wine itself. Wine is a symbol of heaven, and Jesus’ making water into wine is a symbol of Jesus bringing heaven to earth—a motif which is unique to John’s gospel. John is less concerned with the post-Parousia coming . The authors concerns are more about eternal life here and now—the kind of life which death cannot threaten.8 With a Jewish hermeneutic we must look to the Old Testament. Wine in the Old Testament is often linked with God’s eschatological promise of salvation. Amos 9:11-15 talks about rebuilding David’s kingdom, which is the kingdom of the promised salvation for the Jews. Wine is a symbol of prosperity— functioning harmoniously among themselves, with the earth, and with God as they did in the Garden of Eden before the curse of sin in Genesis chapter three. The absence of wine is a symbol of curse and judgment as in places like Zephaniah 1:13 and Micah 6:15. The abundance of wine is the symbol of the curse defeated, a symbol of Shalom—the presence and favor of Yahweh. The sort of eschatological promise to which wine is linked in the Old Testament is nothing short of heaven (see Isaiah 55:1, 62:8, 65:21, Joel 2:19-24, 3:17-18, Amos 9:11-15). In Psalm 104 we see wine linked to a relationship with God and the earth:

“You make springs gush forth in the valleys; they flow between the hills, giving drink to every wild animal… You cause grass to grow for the cattle, and plants for people to use, to bring forth food from the earth, and wine to gladden the human heart.” Psalm 104:10-15.

By turning water into wine, Jesus is symbolically bringing heaven to earth and thereby foreshadowing his future work of the resurrection. The most profound message of John 2:1-12 is that the kingdom of God has come in and through Jesus Christ,9 to a broken and cured world—to a world without wine. The story as a whole points to a realized eschatology. The very fact that the story takes place at a wedding draws us toward the conclusion of realized eschatology. “The setting of a wedding is a standard symbol of the eschatological banquet, the coming time of blessing when all the enemies of God’s people have been destroyed." 10


A question is at hand, is this mere foreshadowing of a future reality or is it the disclosing of a present reality. The changing of the water into wine happened before the eyes of the servants. To the hearers of the story, the resurrection had already happened historically—the resurrection was a present reality. This story, the story of the wedding at Cana, is offered as a sort of symbolic explanation of an already present reality, the resurrection of Jesus. The resurrection brings new, fresh wine. The work of Jesus, the hour for which he came, brings heaven crashing down to Earth. The author is making the bold statement that through Jesus, and through his resurrection, the Kingdom of God has come—eternal life here and now. Jesus’ action at foreshadows his defeating of the curse of sin and the renewal of all things. Jesus is offering “the wine of the new age/eternal life to those in need."11 Many symbols throughout John point to “eternal life”, not merely life after death, but eternal life that begins now.

hey dude i liked it good job hope you got a good grade. i have actualy been going over this verse for a while now. Rob bell does a great message on it if you can find it its really good.

This is very good. Wine is a gift, and is easy to take for granted. It is a miracle, full of meaning and hope. The New Jerusalem, of which all the promises become manifest, makes the hard times make sense and worth it.