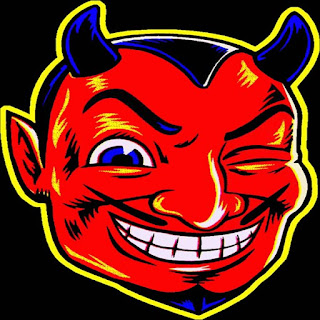 Recently it seems like I’ve been in a lot of conversations about Satan and his role in the Biblical narrative. Did you ever realize that Satan is absent from most of the Bible—arguably absent from the entire Old Testament (assuming we’re talking about the popularly conceived Satan; the enemy of God and His people)? I find it interesting how quickly some people blame certain temptation and/or evil on Satan when the authors of scripture rarely ever do, and when they do in the Old Testament it seems as if Satan is working with God in some sense (see the story of Job). Very rarely is there any kind of blame given except that which is directed toward people.

I think that in our Satanology we cling to just a few verses in the New Testament, read them back into some stories of the Old testament and ignore that Satan is absent from most of the rest of Scriptural theology. I’m at a place right now where I am reluctant to think of Satan in the traditional sense, as a real person/being at war with God and his people, facing inevitable banishment. But at the same time I just don’t know what to think about it. It is safe to say that I believe that, maybe more than any other theological topic, every book in the canon has something different to say from every other book.