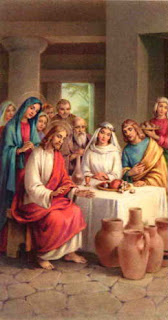 For my Johannine Literature class with Dr. Hartley (about which I am extremely excited and nervous) we were required to read the gospel of John in one sitting. As I was reading John my first thoughts were about how different the exercise I was doing was from what we usually get in a church or bible study setting. When we quote from the gospel of John, which many churches have made a regular practice, we usually take a verse at a time that will back up whatever point we are trying to make. The tendency in such a setting is to take verses out of context—reshaping their meaning to match our theology—or we forget the context all together. In the exercise of reading the whole book in one sitting one is more naturally guided to make exegetical interpretations in light of the entirety and essential arguments of the text. Rather than seeing one verse at a time making propositional arguments I saw a story unfolding—a story of great truth, being strategically exposed with every turn of the page. I saw first hand how important context is especially with such a deeply symbolic story like the Gospel of John.

I had a notable observation and realization. My realization was the role of the devil in the story. In John’s gospel the devil is seen as a great enemy, an adversary to be defeated (I realize of course that the name Satan is a Hebrew word meaning enemy or adversary). I realized how much of our Satanology comes from the gospel of John. I don’t recall any other books in the bible which draw such a distinct picture of Satan. Satan seems to pop up throughout the book as though he’s another character; a villain trying to defeat Jesus and . Such a dualism is rare in the Scriptures. It’s as though Jesus is the light (as suggested in the first chapter) and Satan is his antithesis. In referring to him as the “prince of this world” I wonder if the author is drawing some lines between Satan and Caesar. If I recall correctly, the Romans referred to their empire as “the world” so the obvious “prince of this world” would be Caesar himself or a mystical character behind the scenes of the Roman governmental authorities. I would be cautious building a theology of Satan from John’s gospel without considering the possibility that we’re not talking about the same Satan we see throughout the biblical narrative and we’re actually discussing a Roman authority figure or an allegorical character for Rome itself.

My observation throughout the text is that John continuously brings us back to the creation/fall narratives in Genesis (Genesis 1-3) and to prophetical images of a redeemed . From the first chapter which obviously brings us to the first chapter of Genesis to the first miracle (the water changing in chapter 2) which brings us to “new wine” references in the prophets (Joel 3:18-19 for example) to the climactic chapter 20 which brings us to a garden (Mary thought Jesus was the gardener) where Jesus is resurrected and to the gathering place of the disciples where Jesus breaths on them the Holy Spirit as the creator breathed life into the nostrils of the dust to bring it to life (remembering that breath and spirit share the same Greek word, pneuma). John’s gospel is riddled with Old Testament imagery.

Many of my observations would have been more difficult to make had I read it in parts. Reading the Gospel of John or any text in the canon of scripture, as a whole is the only way to embrace the whole context and the essentials of the author’s arguments and imagery.
Posted by wellis68 at 9/11/2007 03:51:00 PM

This also becomes a great lesson about the separation of the “testaments” so called from a heresy in the past of the Church. The story as a whole not chopped up or segregated into then and now negated or fulfilled and pertinent to use today who are under Grace builds a false picture in the same way you saw in the connected reading of John. And as I have said elsewhere in the past opens up a new vista of what is being shown us of the Father’s heart out of the Scriptures. Keep reading from the big picture let the blossoms of the Rose of Sharron reveal themselves in the full light of the Son. Too many puns.
Pastor Art