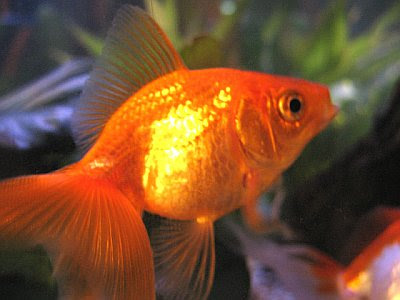 When a fish is in the water do you think it knows it?

A fish probably doesn’t have a clue that it’s surrounded by water, swimming around, until it gets taken out of the water. Then it is sure to be fully aware that it is somewhere unfamiliar that it may not have even known existed.

We, Americans, are fish in water when it comes to our wealth. We live in comfort, surrounded by money and we don’t even know it. Look around you. Where are you? I am sitting in a computer lab at Azusa Pacific University typing on a computer. I am surrounded by thousands of dollars of computer equipment, hundreds of thousands of dollars worth in architecture, and millions of dollars worth in tuition money and I rarely stop to think about it. Outside the walls of the building I am sitting in, there is a million dollar “prayer tower” (I’ve come to call it “the tower of Babel”) being constructed. There are millions of dollars worth in other fancy decorations covering the school, including huge white pillars that line the driveway entrance to the school. There is a parking lot filled with cars (and I should mention here that most of the world hasn’t even driven a car). I don’t even want to begin to try to add up all the money that surrounds me as I sit casually in this very familiar place.

As I sit here in my ocean of money without knowing it, most of the world knows that I am in this ocean and they are not. Most of the world would see this school as a palace; they’d see this place in which I am sitting casually, as a foreign reality far from their reach. Many of them don’t even know where their next meal is coming from…. Yet, here am I.

We have the power to give. What if we are withholding good from those who deserve it?

I have a little bit of an appreciation for those who are "without" because I was one at one point in my life. But I still struggle with what to do when approached on the street by one less fortunate than me right now.

But this I know, I would forsake it all for the One who calls me to a life of holiness.

Yet indeed I also count all things loss for the excellence of the knowledge of Christ Jesus my Lord, for whom I have suffered the loss of all things, and count them as rubbish, that I may gain Christ. Philippians 3:8 NKJV

I fully agree. We just don't know each other.

Honestly, I don't know what God wants me to do as a middle class white american female...I don't know if I'm suppose to sell everything I own and give it to the poor. I just don't know.

Wanna help me? I'm going to do it. And I want you there beside me. I need help in not just being a voice, but hands and feet. I've got it all figured out in my head fine, but I need help doing it. Will you join me?