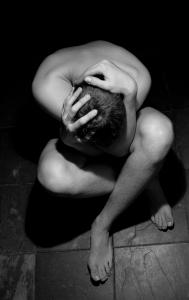 Sheol (she’ôl – שְׁאוֹל), it is safe to say, is universally accepted to mean “death” or if it’s in context a as a place, “the grave” within the Tanach. Some translators have gone some extra distance to translate it as “hell” (see KJV Deuteronomy 32:22 for an example) even though it doesn’t exemplify the contemporary definition of the word. Whereas hell is thought of as a distinct place where people go when they die and are punished and tormented, Sheol is simply death itself, i.e. the experience of death. Now this would at first glance make it seem more simplistic than our popular concept of hell. This is not necessarily the case.

Christopher Barth, a son of the great German theologian Karl Barth, notes that death or the experience of death may be more complicated than we think. It is common for us to think of life and death in linear terms. Death is commonly thought of as an end of life, i.e. the time that life ends. But Hebrew thinking is much less linear. The Jews were much more quality oriented, for example the term eternal had less to do with time and more to do with the present life and numbers were a representation of quality.[1] So why are we so quick to assume they share our definition of death when their intellectual construct is so different? Barth asserts that death for the Jews was not just the end of life or a place where the dead dwell. “For Barth, Sheol is more a power which invades life than a place to go after life… the individual in any form of affliction… has a real experience of Sheol.”[2] According to Barth for the Jew if one is sick or poor they are experiencing death. Death is the lack of life. This may bring new light to many of our conclusions. It may for example cause us to re-think what St. Paul meant by “dead in sin” (for example; Ephesians 2:1) and if the new testament authors were truly influenced by Hebrew thinking we must re-think our conclusions about hell. Though the concept would have evolved by the time it was received by first century authors this may give us reason to conclude that hell is more present here on earth than we normally might think of it. Perhaps hell is an experience in this life not to say it doesn’t transcend beyond this. Perhaps it’s a sort of invader, an unwelcome guest in the present which robs us of true life. Perhaps our primary concern should be that we are not robbed of life during life rather than after it’s over.

There was a time when my life was a living hell.

I feel as if that life was cast into a bottomless pit and replaced with one that is brand new....by a faithful Savior.