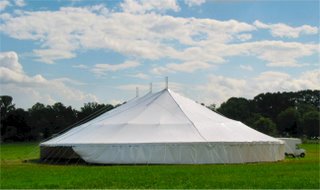 Have you ever seen an altar call or been part of one? Usually what happens is the pastor gives an emotional message about sin and damnation and how one can avoid it. Then the speaker gives people the opportunity to avoid hell by accepting Jesus through praying a prayer. At the end of these the pastor then says something like “angels are celebrating in heaven now because of those who have accepted Jesus” but then there is a pause… the speaker waits and says in a solemn voice “now I know there are others” and then goes on to call on everyone who hasn’t raised their hand yet, sometimes even going as far as to say “this may be your last chance to be saved.” At the end they celebrate all the people who are going to heaven because of this call. Am I pretty close? Now, have you ever heard a speaker at the end celebrate the change that is coming to the world because of these new Christians? Have you ever heard any emphasis on the difficulty of being a Christian and the commitment to social reform which is required of anyone who claims Christ? Have you ever heard them talk about what they should do now that they are a Christian other than reading their Bible and praying everyday? Does an alter call have anything to do with what The Holy Spirit is really out to do, which is to bring an end to pain an suffering here on Earth?

I hear people talk about how much we need revival in America and “revival” may be the last thing we need. Let me explain. In the past revival has been understood as having a whole lot of Alter calls; getting a lot of people out of the world and into the church doors. It’s been getting a whole lot of people saved for when they die but it hasn’t had very much to do with bringing the Kingdom of God. We don’t need any more people isolating themselves from the world and hiding in the safe haven of the church. Truly, the Church is not a safe haven. The Church is an agent of reform, a conduit through which God fills the earth and sin is finally pushed out to wherever it came from. Church is a movement, a force for change which acts in the world instead of running from it. If revival means anything other than this then America doesn’t need it.

Now, if we’re talking about real revival (and I’m not sure revival is even a good word to use anymore because of what it has meant to so many in the past) then America is more in need of it than anyone. If we’re talking about bringing the Kingdom of God to earth then America is deathly ill and revival is our only cure. It has become almost impossible to live in America without taking advantage of someone. Everywhere you look there are beautiful expensive things much of which is being produced in the poorest of nations by people who are severely under paid and even abused. There is so much money here and so little money in so many other places. There is obesity here and starvation over there. Real revival would respond to this problem and the world is desperate for a response. If reading our bibles and praying (the two things which are said to be most important in the Christian walk) doesn’t in the end lead to a response to the problems of the world then they are useless and even hypocritical tasks. Following Jesus means taking up our cross and following in His path headed toward His goal. If our path leads to the pew instead of the poor then ours and Jesus’ paths are separate.
Posted by wellis68 at 4/24/2006 04:22:00 PM

Wow! you make me almost want to respond to your alter call. Does commenting count? ;)

Seriously though, I feel ya.

Some of your remarks, especially toward the end, sound like you have been reading Colossians Remixed. We are fat and lazy and rich living off of poor people around the globe, and we are culturally addicted to this lifestyle.

-And... for me, the term "Revival" suggests a return to a state of "vival" as though we were previously there and somehow got sidetracked or backslid. But I am not at all convinced that our nation ever was so "vival", or that we can be revived to a state where God was previously happy with us. Our heritage has been priviledged from the start. We ran out the indians and enslaved the Africans to suite us from the beginning. So we should cut the civil religion while we are at it.

I did not say it before but...

...and another thing, that kind of emotional ploy such as you describe seems deeply manipulative to me. If someone sees it differently, I'd sure be interested in hearing their reasons.

Actually, I have been to such "revival" meetings and have sat thru such alter calls. I felt manipulated myself. However, I have escorted others to the front where the pastor prayed for them, I never made such a response myself. I have worked not to show resentment for it, but I sure felt manipulated.

When I plug your thoughts into the picture I am working with, I think your final remark about "following Jesus means taking up your cross" has to do with bearing the image of God.

Recall that in the Gospel of Mark, only one mortal recognizes Jesus as "Son of God". The author, the voice from the heavens, and demons all recognize him, but no one else. Not his family, not the crowds, and not even his disciples. He asks them, who do the people say that I am? (chp 8) and, like King Herod, the disciples say a prophet, Elijah or Christ. And let's not be confused here by Peter's confession that he is the Christ, for that meant "anointed one" or "king" but it did not have the connotation that "Son of God" carries in a Markan sense. Matthew's account has Peter offer that recognition, but Mark's Peter does not!

So, the only mortal to "get it" is the Roman soldier in chapter 15, and he only recognizes Jesus as the "Son of God" as he is hanging on the cross giving up his last breath. I am suggesting that is because it is precisely at that point that Jesus most fully and completely bears the image of God. It also happens at the point when the pneuma (the breath, wind, spirit) comes out of him. Now recall that in Gen 2:7, God formed the man in the dust and blew the spirit, wind, breath into him and then he became a human image bearer. This is no Markan coincidence.

Image bearing makes the world right. It is what we were designed for. So, you are right to suggest that the answer is to follow Jesus and pick up the cross, but I am unpacking that a bit (as it fits in the picture I am developing elsewhere), and thus finding real power to rule the world in the image of God. His mere image changes everything, and we are called to bear it. And while that is most potently revealed on the cross, it also, actually, can and is revealed in the pew as well. Worship as image bearing/glory reflecting is part of making the world right. It is not nothing.