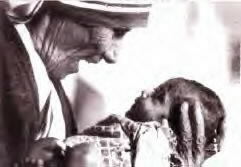 It seems that every time someone brings up anything about the Church’s role in social justice or human rights there is discomfort. People automatically begin to feel anxious and wonder if they’re being told that their salvation is “works based.” I remember a few weeks ago in one of my classes we were having a conversation about a certain liberation theologian. We were reading through some of his works and discussing them. Shortly into the conversation, several people began to express their frustration, saying that the author’s theology was too works based. To be honest I didn’t react very well. I saw them as uncompassionate, selfish, bigoted people who cared nothing for the weak or the poor and only cared for their own wellbeing, their salvation. Then I began to think about where this worry comes from and I began to relate.

We, Protestants have been raised to believe something that is very true but at the same time very dangerous. We’ve been raised to believe that our salvation cannot be earned and that good works do not buy your way into heaven. This is true but we can end up being trapped by this belief. In light of this we have also been raised to think that we have to be sure of our salvation above all else. Getting into heaven has become the top priority to Christians which suggests a belief that God shares this concern. We have come to believe that above all else the most important thing for someone to know and be sure of is the answer to the famous question; “where are you going when you die?” The trap is that, with these priorities, we can easily emancipate ourselves from the obligation to work, to serve. If anything begins to suggest that you have to do anything besides believe or have faith in order to be a Christian we stress. If I say that a Christian should care about the poor I should be sure to throw in the disclaimer that they don’t need to but God would like it. But is that what it’s all about?

See, everything has become about pleasing God. What must we do to please God? Well, you’d answer, have faith. Yes, this is true, God wants us to have faith but are we afraid to travel beyond faith? I don’t think that God has the same priorities we do. I don’t think God is nearly as concerned with our salvation as we are. Just because someone only needs faith doesn’t mean they are not called to be doers of the word and not just hearers. God might be far more concerned with the poor and the oppressed than we are. We should be less concerned with what side of the heaven/hell line we stand on and more concerned with joining with God in the work of new creation. We should be more concerned with finishing the race that starting it. No we do not earn our salvation, God gives it freely. But He does invite us to share His mission. We are now free, free to serve. We are not bound by the law; rather, we are free in it. As we work for the good of all mankind, as we follow God’s instruction, follow His example of redeemed life, follow his laws, we begin to live more and more in tune with our already established salvation. I do not work that I may be saved. I work so that my life, my surroundings, the people around me will reflect what has already been given to me. So, don’t worry so much about how to be saved. Don’t work for your salvation because it will profit you nothing. Work because you share the same passion God does, the same priorities. Work because you have compassion for the people for whom Christ gave His life.
Posted by wellis68 at 2/07/2006 12:43:00 AM

You have said some really good and daring stuff in this post. Amen to that.

Somehow we have pitted living good against being saved, which is a mistake. And we have elevated being saved above everything else, another mistake.

I have literally heard the singular sermon that says, "There is just one thing you need to have resolved tonight... One most important issue... So important, that if you do not have this settled, then absolutely nothing else in life matters... And that thing is -Where will you spend eternity? -Are you secure in your salvation? -Are you in right relationship with God?" The exact phrase changes, but the sentiment behind it is always the same. And I have heard some variation of this sermon come from basically every protestant tradition I know of.

It is ironic that this "most important" issue is not preached on by Jesus. Jesus first and most important sermon is the announcement that the Kingdom of God is at Hand -REPENT! Repent means DO SOMETHING - namely change directions in life. However, in recent generations we have sucked any notion of doing anything right out of the picture.

Keep up the good work.

God has always been a missional God and he has always wanted to bless the nations through his called and chosen people. We work because we love him and we love those he loves. We are to do what we see our Father doing just as Jesus did. Our Father is always working, blessing, and loving. I think you are right in that we think salvation is the end result but actually it is just the beginning. In my denominational background for example, "confirmation" has often become an end result rather than the beginning of a more mature life with Christ in his church. I once heard a young person from another church in town say they had to go on a mission trip as part of their confirmation experience and that the reason they were there was so they could "graduate". I asked our youth why they came on the trip and some said because they had to (parents made them or whatever), but most said essentially that they wanted to help people. I think this is the way we look at works...do we have to do them - in order to get into heaven, or do we want to to do them - because of love.

I saw a great example of this in a movie I watched recently. The movie was basicly the life of Paul. In the movie, before Paul's transformation we see Paul give coins to a begger and then continue his conversation he was having. It was clear that he was giving the money because that was what "the law" said. Then later, his "faith" gave him the heart to automaticly respond to those in need. There is a BIG difference.

Thanks mike,
I will be doing more exploration... this post is just some first thoughts.

Inheritor,
good thoughts. I think that's mostly what I'm getting at- the way we view works. I think we link them with our own salvation too much because we've been taught that that's what's important. Lets stop worrying about that and start worrying about the people who have needs that we can meet.

Teresa,
thanks for the helpful example. there is a big difference isn't there?

In the theater we have an expression. It's really a question. It is often asked by the actors of the director.

So as a director, we tell the actors why they are doing what they are doing in the scene. Some get it some don't. But those that do get it, use that knowledge to make what they do more believable. More real to the audience.

Before they know their motivation, they are just walking through the scene. There is no passion in the way they deliver their lines. But after they discover the motivation...

I think this is part of the way that I look at your post, Wes. I am motivated by Christ's love to do what I do. I don't do what I do to obtain Christ's love or approval. Because He first loved me! He loved me when I was unloveable! He died for me when I didn't deserve it.

If we have the revelation of Christ, we don't need anything else. If we don't have that revelation, nothing else will make any difference.

Thanks Bruced, I'll check it out.

Salvation contrasted to Kingdom, that’s about right. Salvation speaks of deliverance from slavery this is illustrated with the Exodus. Slaves people who have no citizenship even among the population they serve. (my mind is racing with so many illustrations at this time) however those people in the wilderness between Egypt and the other side of the Jordan were no more citizens of a Kingdom then they were on the other side of the Red Sea. Their identity was formed through the Covenant and only after they committed to that “social charter”. A major part of that identity was maintained through the caring for the disenfranchised - using today’s terminology.

When Israel was sent into the dispersion generations later the prophets made it clear that the reason was resulted from not keeping the Sabbaths - so the land could rest they were sent away for 70 years. However reading the directives of the sabbatical - Jubilee the emphasis pointed to the disenfranchised within the society and their restoration. Allegorically being secure on the other side of the Jordan infers “salvation”. the opposite infers lack there of. Jesus talks about “hell” condition out side the desired state - wedding feast or heaven - in parabolic form as beyond and outside of the “salvation” condition. The directives concerning the day of judgment in tale “doing for the least of these” and not doing so as “not being known”. these are disjointed - unsystematic examples but I think tying together the ideas makes the point that Wes you are driving at - salvation is there something more then what we have made it in the last 500 or so years. Could we be in danger of being sent to Babylon because we have neglected the weightier aspects of Torah?
Pastor Art