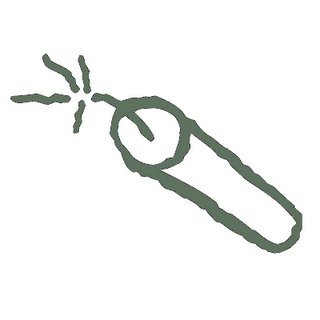 I’m realizing that the Bible has a dangerous sort of power. It’s not unlike anything with power really. Anything as explosive and influential as the Bible should be expected to be dangerous in some ways. It’s like “the force” in Star Wars. If you use it right you can be in touch with and then able to protect the whole galaxy. If you use it wrong you might just turn into Darth Vader.

I heard once (probably in history class) that dynamite was not originally invented to kill. Dynamite, which has arguably led all the way to nuclear weapons, was originally created for mining. It was originally intended to benefit the world, a very practical and powerful invention. But just like anything with great power it is dangerous. Handled wrongly or stored incorrectly it can become unmanageable and unpredictable, it is very dangerous. And, just like anything with power, it can be used for things as productive as mining to things as destructive as war. It can help people and it can destroy them.

The Bible has an uncanny brand of power, a mysterious and mystical power. It has the power to bring down great rulers from their thrones and lift up humble people (Luke 1:52). The gospel can bring great joy, abundant life, restoration, healing, and renewal but if it has this kind of power shouldn’t we be careful with how we handle it?

Have you ever heard a song and been moved by its rhythm, its lyrics, or its shear creativity? There are some songs that draw us to a place where we could never get through any other medium, a place of harmony, where everything feels right. There are still other songs that drive us crazy, that make us feel strangely out of sync with things, they make you feel ugly inside. The Bible can play a song, a number of different tunes all of which have the power to change the world but it is for us to decide what kind of song it will play. We can use it for beauty or for destruction. We cannot take it for granted. We have to revere and even fear its power; we have to handle it with care.
Posted by wellis68 at 2/27/2006 05:08:00 PM

Thank you so much for this post. I think this is something way too many people over look or are just ignorant to. This is a great post that touches on great points. The Bible is a beautiful thing, beautifully dangerous if you will. Beautiful post!

You have hit upon a pet peeve of mine! Using the Bible and quoting it according to what is convenient.

Case in point, the Bible says:

But those have nothing to do with the other. Yet, I have seen pastors and others deal just as carelessly with Scripture.

Thanks for a great post on the power of Scripture.

it's funny how, even when we (our culture) try to ignore the Bible - it STILL has power that impacts the world around us... I was thinking of this just the other day - - I was finding myself "sarcastically amazed" at what LITTLE impact Jesus and his 12 wacky followers had on the world... I mean, if this self-imposed prophet and his 12 buddies were just that - a bunch of guys - well, I'd like to learn their secret because they sure have made quite a LASTING IMPACT on everything we have ever or will ever know! (hope you see my sarcasm in that...)

My other point is that far too many, as you say, pick and choose what works for them with God's Word. It's sad, really... this is one reason why I try to make sure that what I say and share - in real life, in my articls, in my book, on my blog - are not MY OPINION... but, rather, what the Bible actually says. You can argue with me all you want - but you can't argue with the Bible...