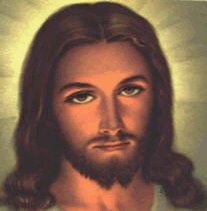 I’ve heard people speculate before on what it would have been like to have lived in Jesus day, to have seen Him and experienced Him. They reminisce the thought of seeing Him as if they wish they could have lived with and seen Jesus. I understand that longing to see Jesus, just so we might better know what it was really like; the event that stirred so many generations. As I begin to think about it, I don’t know that I would like to have lived back then. I’m very content with the place in history that I’m in, I have an understanding of what God wants for and from His people. But what would it have been like to grow up in an age where there was no Jesus? What if you were shaped by a culture that had no Jesus to reveal God’s personality to them? I fear that I would have had a much different understanding of Jesus.

I am passionate, usually, about whatever I engage myself in. It’s simply natural for me to think of everything I do as something with great importance, such that everyone should feel the same way that I do. I hope I don’t come across this way normally on my blog since I have come a long way when it comes to being pushy about my beliefs. I don’t try to push anything on anyone, I hope, but I do tend to think of what I believe as something very important, if it wasn’t I’d be wasting my time believing it (this is why I try not to get caught up in arguments that go nowhere and are about unimportant things).

So, what would a stubborn and “passionate” person like myself think of Jesus? Would I, someone who was shaped by a culture that expected a Messiah to be much different than Jesus and loved and were passionate about their temple, their symbols, and their traditions, be so receptive to Jesus message? Would I have been as receptive as I, someone who’s shaped and formed by a culture which values at least to some degree Jesus and His message, am now? I fear that I get so caught up in my own religiosity and appreciation for my doctrines and values that I forget the real point and I get closed off to ideas outside my own. I don’t think I would have liked Jesus much. I probably would have loved the temple and the festivals and the traditions way too much, so much that I forgot what the point of it all was. The point wasn’t the traditions in and of themselves, the point was God. The point of the Torah wasn’t the Torah, it was the love and the power behind it, between the words and pages. I probably would have spat on Jesus face. I don’t think I would have followed someone who would come in and tell me that I was doing it all wrong and that all the things I loved the most were things that had no real authority. I don’t think I would have responded well to someone who would tell me that I should “let the dead burry the dead” and that I should “sell all I have.”