Heaven and the Kingdom of God: part 2 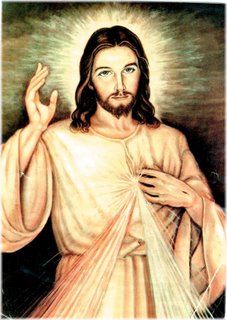 So Jesus entered into a Jewish culture that was basically defeated, with little resolution about their situation. Why was God allowing them to be stuck in such a situation with, seemingly, no way out? Because of this hopeless confusion, Jesus contemporaries resorted to a split in different approaches. Some were seeking withdrawal, some seeking militant revolution, and some seeking to go along to get along. Jesus cam into this atmosphere with a message of hope; saying that the Kingdom of God was at hand. He was saying that their hope, the climactic event which would usher in the reign of God throughout the world, was in their midst.

There has been some disagreement on the meaning of this term “at hand.” Some argue that it’s a future thing, that Jesus is saying “the Kingdom is almost here.” Dallas Willard argues this point:

“Because of so much misunderstanding on this particular point, we must reemphasize that in speaking of the Kingdom of the heavens being ‘at hand,’ Jesus was not speaking of something that was about to happen but had not yet happened and might not… The term eggiken - usually translated as ‘is at hand’ or has drawn nigh’ in such passages as Matthew 3:2; 4:17; 10:7; Mark 1:15; and Luke 10:9,11 - is a verb form indicating a past and completed action. It is best translated simply ‘has come.’”[1]

So Jesus’ statement was not that the Kingdom would be here soon but that it was already there. It “has come.”

There are still others that say that Jesus was referring to Himself, and that when He left the earth after the resurrection the Kingdom went with Him. This would definitely not have been what His contemporaries were hearing. To them, Jesus was referring to a political structure where God was King. The Kingdom of God was supposed to be a climactic event which would set into place something eternal; a final victory. It would not have made sense for this event to happen and then depart from them. Fixed deeply in the Jewish tradition were three important concepts.

First, the concept of “Tikkun Olam,” which can be translated “healed/healing world” or better yet “healed/healing existence.” Tikkun Olam was engrained into their history. They believed that God had created a good creation which had been cursed. This refers to Genesis chapter 3. The rest of the story was God restoring the creation and His people, reconciling, them back to it’s healed state. The Kingdom of God was to bring about, and ultimately, finish the healing of the world.

Second, the concept of T’shuva. This concept will be more familiar to evangelicals. It means “’to return.’ Return to the people we were originally created to be.”[2] We most often translate t’shuva as “repent.” You might remember a desert wanderer babbling about this saying “t’shuva, for the Kingdom of God is at hand.”[3] They believed that God was calling them to be what they were originally created to be, without the curse. They were not just turning away from their sin, as we generally think of it, they were turning toward something. They were turning toward Eden; returning to the only life they knew of that had no curse.

Third, the concept of “Olam Habba.” After t’shuva and after Tikkun Olam they would enter into the Olam Habba or “the life in the world that is to come,”[4] a life of harmony with God and with a healed world, a healed existence. Olam Habba was the saved life, after repentance and after the world was healed.

The Kingdom of God, to fit its first century definition, had to ultimately bring about these three things. For Jesus to claim this was a reference, not to himself, but to a certain way of Olam; existence or the world. It had to do with more than just a person, it had to do with the way people would now be living with God and with their world. Jesus was claiming to be bringing a new way of being human, a new humanity, and a new creation.

It was not merely the new exit off the sinking ship that is our world.[5] It wasn’t just a way into heaven and out of hell. It was the answer for all the problems, for every result of the curse of Genesis 3.

Our ideas that the world is someday going to burn up and we’ll go to heaven are not as well grounded in scripture as we may think. Our dualist notions that the world is irrelevant and the only thing that really has meaning is the spiritual realm are not anything like the notions Jesus had about The Kingdom. We are assured that the work of God is eternal and that we are not just physical beings that will die with our bodies but we are never told that the body is irrelevant. We are never told that the Olam, the world, will end. In fact if we follow in Jesus’ tradition, the Olam is very important in eschatology. We are told that it will be renewed and that our work in it is not in vain.[6] The Gnostics decided that the physical was irrelevant, not the Bible. Our ideas that heaven is just after we die comes from dualists not from the Bible.

I like the sound of a life that is in harmony with God. This helps me over the hump I often get to when I pray 'Thy Kingdom Come!"
Good post.

Good stuff Man. Preach it... My brutha from anutha Mutha!!;) and Amen

(As they say while your trying to preach in Texas prisons.)

Maryellen,
I'm glad this was helpful to you. The hump will probably never go away, but it might be worse if it did. This concept is never easy.

Mike,
Thanks bro. I appretiate it. Part 3's coming up.

Thank you so much Wes for sharing this all with us! I have been learning so much and it has been really helpful to me in better understanding everything!! Thanks again!

Thanks Ash,
It's been helpful for me too.