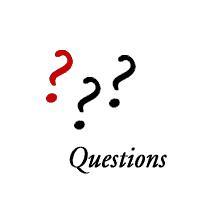 Being relatively new at this “emergent-postmodern” thing (a label I despise) I have made seen the highest of heights and the lowest of lows.

I remember when I first “got it” and began to understand new things about God and myself, you may relate to this. You may not know what I’m talking about unless you’ve experienced it yourself. I was at the YLI conference listening to Mike Devries say things I had never heard from perspectives I didn’t know existed. My mouth must have been wide open. I felt I was being shown a doorway into a new and beautiful world of truth, a secret that everyone was keeping from me. I felt the most amazing feeling… it was not long after that when I felt the worst feeling.

I traveled back home from the conference and began to share with many of my fiends about the things that I now understood. None of my friends or youth pastors understood. They all began to discourage my thinking and deject the things that I was saying without ever even considering or allowing the things I was saying to penetrate their thick skulls. One of my youth pastors even told me “we shouldn’t even want to ponder that…” I felt alone. Of course I had Ashley and a few friends who listened but other people who I wanted to have what I had, so to speak, ignored me.

Why is it that there are questions we “shouldn’t even want to ponder?” If this is true why are there questions that are too dangerous to ask?

I believe that questions are the sweetest language especially when spoken to God. How many great people can we read about in the scriptures who questioned God? There are so many. Read the psalms it’s filled with questions… even anger, doubt, blame all directed toward God. How many times can we find the words “how long, oh Lord?” Actually, the phrase can be found at least 81 times throughout the scriptures. There is freedom found in questions. I’ve been a part of many small group bible studies through the past five or six years. In each group I try to make it as clear as possible that “this is a place to ask questions.” In each group we spend most of our time tossing out questions. At the end of the meeting there is an obvious feeling of clarity and peace despite that fact that in all the time I’ve done this I don’t remember ever answering a single question. It’s as if the peace comes from simply being able to ask, being free to doubt and probe the things we hear. Some of the things that changed things forever began with questions or with “but Lord.”

Remember when Saul became Paul in Acts chapter 9? The story begins with Saul leading and going to a place called Damascus. Now in Damascus He probably would have killed, persecuted a few Christians as was his common task. Now, Jesus comes and meets Saul on the road. Jesus blinds him and then he’s taken to “the strait street.” God calls to Ananias and tells him to go to the “strait street to the house of Judas” and to “lay hands on him so that he can see” God is asking Ananias, a Christian, to heal Saul, a Christian killer. And what is Ananias’ reaction? “But Lord,” he says and then goes on reasoning with God, telling Him all the bad things that Saul has done…. Saul questioned God. If you read on God doesn’t say “don’t you ‘but God’ Me! How dare you?” He says “Go and do what I say.” It’s like God is saying “you can trust me.” There is freedom in questioning.

Now we, who question things and have this freedom, should live a life that reflects freedom. This life is one that celebrates God’s free gift of questioning and His understanding to respond. But why are we, the ones who question, often the ones who complain the most. We complain about “the Mega Church” we complain about Christian radio, Christian music. I have seen the highest of heights and the lowest of lows… we are free yet alone and so we complain. The “emergent Church” is so quick to love the unlovable yet we hate the “lovable” the “modern.” As my friend Aaron Dugall said “ just because we think differently doesn’t mean we need to hate them.” We must not find ourselves as bigoted nit-pickers pointing out “what’s right for our culture” without being it. Is bigotry “right for our culture?” NO! As Rob Bell writes in Velvet Elvis “talking about jumping and jumping are not the same thing, they’re two different things.”

May we always be learning from God with our mouths wide open. May we question God and “get it” and realize that “it” probably looks a lot different than we first thought. May we “jump” and live out the life of freedom and quit complaining.

You may be saying, “what terrible people you have been talking about!” But you
are just as bad, and you have no excuse! When you say they are wicked and should
be punished, you are condemning yourself, for you do the very same things.
-Romans 2:1

I always feel so relieved and refreshed when I read your posts Wes. I think it is one of the most reashuring things to know that God alows us, let alone encourages us to ask questions. So many times in life I feel as though the only thoughts that go through my mind are questions. To hear that they are ok to ask it so comforting. Great post!!

Today's post on www.awakening.typepad.com fits right in with this pos... check it out

Hey do me a favor and send a prayer over to Rebekahs Site.
www.rebekahspage.blogspot.com

They are facing some tough decisions on radiation and could use some support. Tell 5 new people about her! Thats my challenge today!Thank you and God Bless! (sorry bout the copy and paste email. Its the quickest way I can get prayer out!)

awesome posting...you get it, i get it, ah yes, the difference between talking about jumping and jumping...amen