can anyone be trusted? 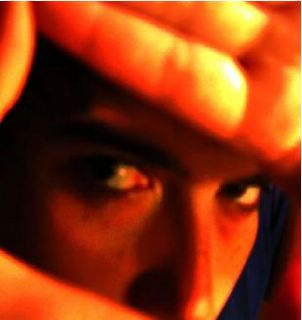 Who can we trust?

I've had little time lately to keep up on my bloglife. Well here am I for my glorious return.

Over the past week I’ve dealt with a significant blow in my life. The man who most greatly influenced and poured into my life in jr. high and high school was recently fired from his pastoral position and kicked out of the church.

I grew up in a church where the word saved and the concept of worship was absent. In jr. high I started attending the church where this man (the one who most influenced me) was the Youth Pastor. Under his guidance I discovered my passion for ministry (youth in particular) and it was from him I learned all the things that became so foundational in my life. It was from him I learned about Jesus and became a follower of Christ. I loved being around him and I would have laughed at you if you would have tried to convince me that he was deceptive and malicious. He was never reluctant to take someone in need into his home. When he became the senior pastor of his church the church tripled in attendance and came out of a financial crisis all before his sixth month as pastor.

Not only did this man recently plead guilty of fraud (he also owned a local retail store) he has apparently admitted to sharing sexual relationships with multiple girls in the youth group. These are teenage girls with a married middle aged man.

I’m not usually one to share my problems on my blogs but this circumstance brings a lot of confusion into my life. Here is a man, who I would have trusted with my life, deceiving and taking advantage of people. So who can I trust? Who can we trust? Is there anyone who can be trusted?

I am constantly reminded that life is hard. I understand people make mistakes but I hope you’ll understand that this has affected many people, including myself, much more than a simple mistake of petty lie. Why do people do things like this? I was reminded by my mom of Matthew 15 “you honor me with your lips but your heart is far from me” a quote from Jesus from the book of Isaiah. I’m lead to ask if maybe I was wrong on my last two posts and people are bad.

God forgive him and have mercy. His sin has found him out. May his deed lead none astray but, God, bring good out of this bad just as you have done so eloquently throughout history.

Friends, pray for healing and restoration in the life of the church and I humbly request that you pray for me as I make sense of this confusing time.
Posted by wellis68 at 6/02/2005 01:27:00 AM

I can't begin to imagine the emotions you must be experiencing right now. It must be so tough to deal with something like this. You are in my prayers, along with the church and the individual inparticular. It are times like this when I wonder where God is, but it is also times like this I realise that God is so much bigger than any of these situations and that although we cannot see and we cannot always be assured by anything other than our faith, he is always in control. Stay strong. I love you!

Wow - this is tough and I'm glad you shared it even though its painful and personal. Even though you are still in the midst of dealing with this - you're still able to see some things with a healthy perspective.

You said: "do not allow the God of someone’s lips to be represented by the atrocities of someone’s actions". It was good to read your post, because at one time or another - most of us have (or will) experience broken trust and hurt from a Christian (or GROUP of Christians).

I think you were suggesting that if we want to know God's love and know what God and Christianity are supposed to be like - then we need to look the example of Jesus Christ and not look to Christians to be that perfect example. Is that Right? If that's what you meant - then that's what I've been trying to do - so thank you for sharing this.

My heart goes out to you brother...you are a senstive dude with feelings that are tender at a time like this. Believe me, I understand your pain. Betrayal in these instances are HUGE. There is only one answer to your question of "who can you trust?" You can ultimately only trust the Lord. People are fallable...that's the bottom line. Obviously, your friend was living a double life...remember what James says about that...it is a recipe for disaster. There is another lesson you can learn from your friend...we'll talk later!

When my dear son got caught in his sin which lead to 3 years in prison and a life sentence of being registered as a sex offender,
trust and faith and redemption and free will vs predestination became such painful concepts...
My son was young, and very involved in local youth ministry. He had just received an award for being an outstanding christian on his secular college campus. He was my pride and joy...And then crash...
his life lay in ruins.
He had taken his "sin" to the cross but never confessed it to the community of believers. When he actually acted out the sin that had been plaguing his thought life, he felt desprate and prayed that the LORD would take it away from him, once and for all, no matter what it took. When he found out the he'd be going to prison, he "joked" God, when I said what ever it takes, I didn't mean prison..." but that's what it took.
The Lord told him, "I will have no one serve me with unclean hands".
We became certain that God was about the business of exposing these hidden sins that were plaguing His church and His leaders. I think I mourned more for my son than I would have if he had died, and I had very little comfort, because this was a fallen Christian...who had committed a terrible sin. Trust? Only Jesus.
Redemption that is up to Jesus.
Forgiveness and prayer for the sinner, that is up to us.
And does he have a family? Oh God, how hard this will be for them.
Again, the silly little cliche'
Christians are the only people who kick (kill) their own wounded.
Trust? Trust only the Jesus he told you about. That Jesus will actually carry him through this, if he lets him. But his life will never be the same, he will suffer the consequences of these sins for the rest of his earthly life. Galatians 6:1 Brethren, even if a man is caught in any trespass, you who are spiritual, restore such a one in a spirit of gentleness, each one looking to yourself, lest you too be tempted.

So, I think that Satan is eager to bring down those who seek God the most eagerly, and those who seek God the most publicly. The only effective "repellent" is Jesus. Give Jesus control of these situations. When you are tempted by Satan, tell him to "Get behind you." And continue to tell him that your whole life. He will not give up. May God be with and comfort everyone involved in this situation you described.

I will continue from what Maryellen said (for those who my not know she is my beloved my wife). Our son as a PK and in ministry lived a restricted life, this is not an excuse but a fact.

This restriction in reality confines all of us as leaders. I only know what you have told us. However some basic dynamics are in play here. (By the way if interested read “SIN” my blog)

Leaders have responsibility, leaders are expected to be beyond corruption, putting them in an isolated life. In the dynamics of the ministry given me to perform on behalf of Jesus here in the Earth I have known more then one leader trapped by this dynamic. The results of this causes as my son said ( paraphrased) , any one watching what the Church did to me, to hide even more carefully their need of confession and restoration. Shoot our wounded like horses, we do, as Yoda might say.

This man who discipled you, like Jesus in Gethsemane, needs support and comfort. To be sure true repentance through the Holy Spirit’s convection beyond the exposure is needed. Isaiah 58, explains part of the true fast entails bringing the leper into our homes. ( in this situation the metaphoric acceptance most likely applies) the convection of the Holy Spirit brings forgiveness allowing restoration and giving strength to walk with Christ away from the Sin and towards righteousness. Are you willing to fast abstaining from the surrounding culture and live the selfless life of the Kingdom, allowing the bondage and yoke of this mans slavery to be broken? This is the Kingdom’s principles counting oneself less then the other.

Wes, I also offer myself as a resource. If you are still in contact with this man let him know that he can e-mail me if he would like!
Pastor Art

sadly enough, If the rumor is true this man skipped town so I may never hear or speak to him again. If I could I hope he knows I would not judge him and I will never for get all the good he poured into my life.

Stay strong! Remember, you can always TRUST in God. He is the one constant, no matter who fails us in life. People are human and situations like the one you described show how easy it is for Satan to get a foothold in our lives if we leave even the smallest amount of room. It is just another example and more proof of how hard we need to fight to keep our eyes focuses on the one who always loves. Thus, looking to Him for our example of how to live. Keep smiling!!!

I know this man too and this saddens me greatly as well. What came to my mind was the great Godly accomplishments of people like King David and King Solomon and yet their lives were filled with incredible sin. God still managed, as only He could, to sort through their influences and insure that the positive Godly ones remained for people's use forever. Perhaps he will do the same here. Being a God of restoration and reconciliation I have faith that somehow good will come of this. I will pray for everyone affected by this, I will pray for a just resolve, and I will pray for healing and comfort for all involved. Wes lets talk some more if it would be helpful. Needless to say, I am praying for you too.